* In case of any delay in receiving the OTP, you may verify it later. Please proceed without verification.

Enter your City name or Pincode

Tiruchendur is a small town situated in the Thoothukodi district of the Indian state Tamil Nadu. Blessed with the beautiful and heavenly temples like Thiruchendur Murugan temple, Sri Ponvandu Aiyanar temple, Dattatreya’s Cave and Sri Karkuvel Aiyanar temple, this divine place is a famous tourist destination for pilgrims that come to seek the blessings of their Gods. Besides the beautiful temples dedicated to the southern Gods Lord Murugan and Lord Arumuga Nayinar, it is also well-known for sight-seeing places, such as, Panchalam Fort, Melaputhukudi, Kudhirai Mozhitheri and Tuticorin. Called as Thiruchendur Alawai by regional Tamil people, the area of this small town is encircled by arid coastal forests. 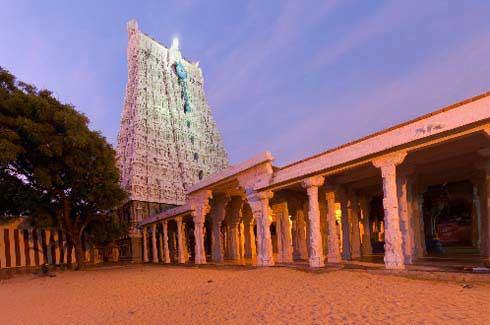 Geography and Demography of Tiruchendur

These red soil forests are famous for palm trees, cashew plants and tropical plants. Having a population of 32,171, this small town of Tamil Nadu has an average literacy rate of 80.09%, in which male constitutes 93.69% and 89.11% females are literate. Also having 49.65% males and 50.35% females, its female sex ratio is 1014 against the state average of 943 as per 2011 census. This small city of temples is situated near the sea and thus, serves as a major tourist attraction for both sightseeing tourists and pilgrims that come to visit the temples. 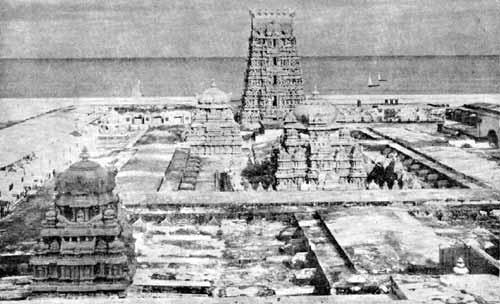 Lord Murugan, the God of Tamils, was very well connected with this place as said in His epic, The Skanda Puranam. In this epic, it is quoted that Devasenapati, the young Murugan has defeated the evil as Surapatuma. And since then the victory is celebrated as an annual festival Skanda Sashti by Tamils. Also the town got his name from the triumph, i.e.Tiruchentil which means the house of victory. Also called as Thiruchendur, the honorary prefix Thiru means sacred or holy. It was also said that as Lord Muruga fought the battle with the evil Surapadma in this place, this place had covered with red all over due to the bloodshed in the battle, that’s why it was also known as Senthur earlier which literally means ‘Red Place’. As told before that the origin of Tiruchendur is associated with the epic Kapadapuranam which was composed in seventeenth century. During the annual festival of Skanda Sashti, a reenactment of the victory is performed by the Tamil people remembering the legend battle. Now, we will talk about the historical beliefs and events associated to this place.

In 1649, the Dutch pirates arrived in Veerapandian Pettinam, which is close to Tiruchendur and seized the Portuguese Church and the famous Thiruchendur temple. They also captured the Panchaloka idol from the Madurai Nayak King’s palace and ruined some granite statues. When they were going back to their ship after causing a lot of destruction to the place, it began to rain suddenly. Alarmed by the coming storm and the rain, they fixed the idol with a rope and dropped it in the sea. By the moment, the idol sank in the sea, the storm stopped. Concerned about the loss of the idol, Vadamaliappa Pillai, a dedicated follower of Lord Muruga had a dream in which Senthilandavan revealed the place in the sea where the idol is present. Vadamaliappa Pillai along with a big sponsor of services of the Thiruchendur temple Athitha Nadar and with a paravar fisherman Pitchai Fernando went to the sea in a boat and returned with the idol on Friday, 29 Thai in the Kollam year 829 around 1653 A.D. Thus, the idol was put back in the temple. This interesting story of Tiruchendur has made the city and important tourist attraction.

Tiruchendur is also known as, i.e. his six abodes. As the other five temples are situated in the mountain region, this city become a must see for those who are visiting the southern part of India. Also, it has a large number of churches situated here, thus those who come to seek the blessings of Lord Murugan get to visit this churches in the search of Heavenly Father.

Comments / Discussion Board - About Tiruchendur